Back to all posts

What's the difference between religious belief and an opinion?

I recently became aware of something very troubling about religious exemptions.  The following is true in Idaho; "According to state law, parents can substitute prayer as a form of treatment. The religious exemption covers manslaughter, capital murder and negligent homicide charges, but cannot be cited if a parent uses any other form of treatment on top of praying for the child."

In other words, parents have to commit to prayer 100% in order to be exempt from murder charges if their prayer didn't work.

Consider this; "Thirty-eight states and the District of Columbia have religious exemptions in their civil codes on child abuse or neglect, largely because of a federal government policy from 1974 to 1983 requiring states to pass such exemptions in order to get federal funding for child protection work"

"States with a religious defense to the most serious crimes against children include: This is ridiculous, it is an outrage and I don't understand how people, our elected officials, let these sorts of laws pass.
What happened to the separation of church and state?
Where did this protection of religious belief come from?

Now if I were the sort who claimed that my belief in my pet rock will heal my sick child, simply because I believed it to be true, will I still be exempt from child endangerment charges in these states?
Something tells me no.  Something tells me I would be held accountable, yet the very same method is protected because it is called a religious belief.

In my last blog I amended the 1st amendment, so hell, why not offer another idea... 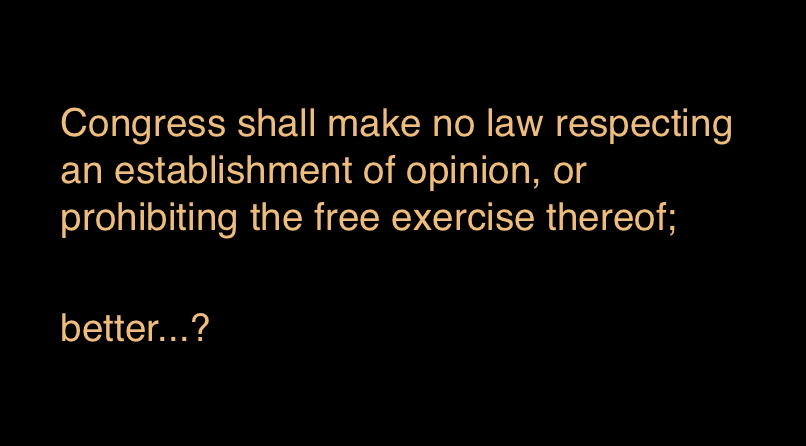